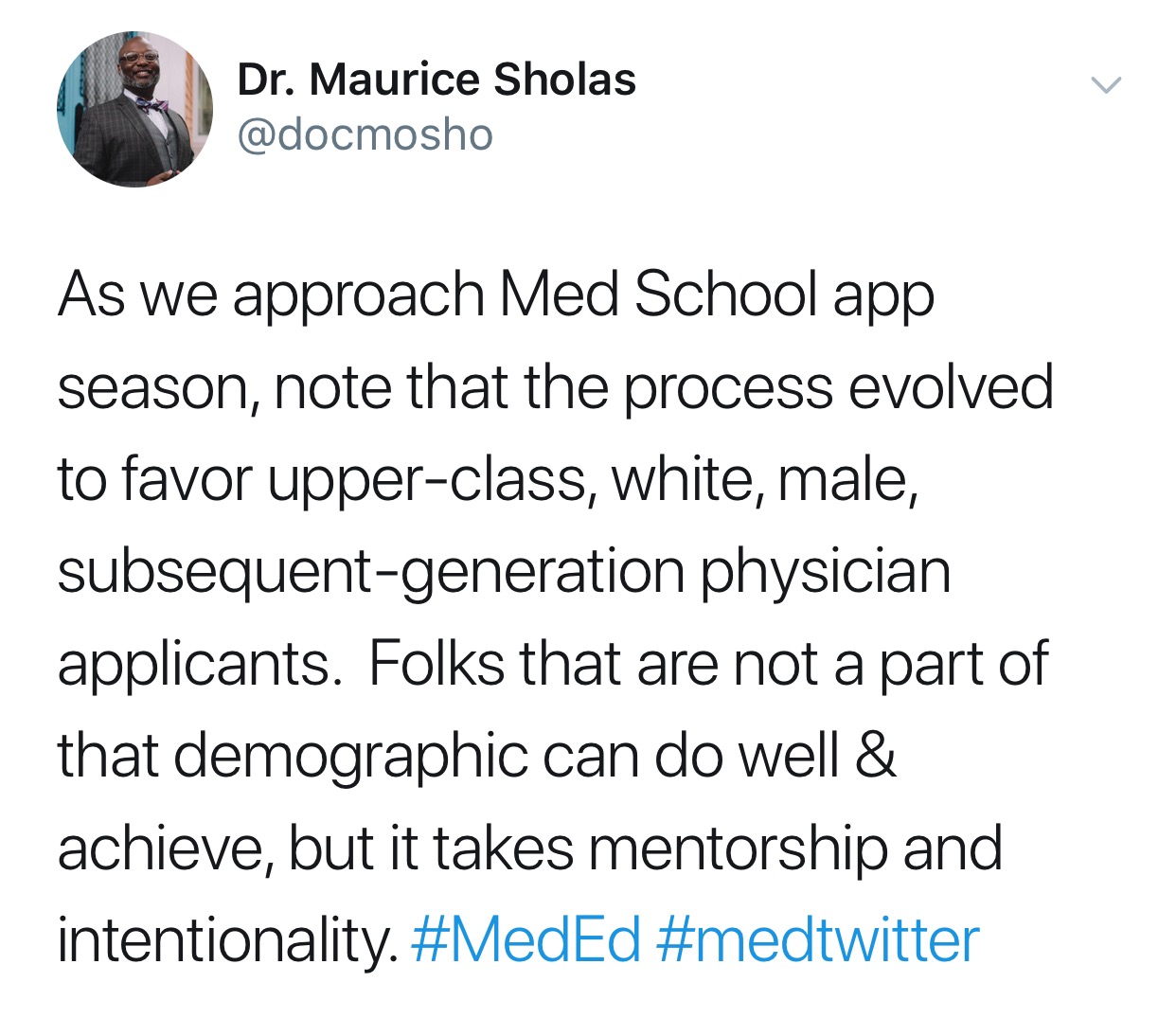 To my generation and their children who want to go to medical school, a PSA:

One of the untold keys to success is networking. It’s not just about what you know.  It is also about who you know and who knows you.  I’m not talking about networking to get concert tickets, get into parties or free drinks. Networking is bigger than that. Networking can be the difference in getting into medical school, getting that job as an attending physician or finalizing a life-changing deal that makes all your dreams come true.  Networking is something you do to make your life, and that of those you care for, better.

I would like to say I am Doc Mo Sho because I am smart and worked hard.  But being talented and going to Harvard Medical School does not guarantee success. Almost everyone applying to medical school is smart. You have to be prepared to put together a good package and have an application strategy to give yourself a shot. Before I interviewed for medical school I had informational interviews with my dad’s colleagues to practice. By the time I actually was a candidate, I was familiar with the process and better at making a connection with the interviewer.  Thus my father’s network of colleagues, even though he was not in medicine, made a huge difference for me. Parents, use your network to connect your future doctor with a mentor.

Also through my network, I got my first job as an attending physician.  My friend, Dr. Carlos Vital, talked to the head of rehab medicine at LSU to let him know that I was interested in returning to Louisiana. The LSU head of rehab medicine needed a specialist like me but did not know where to recruit one. A subsequent promotion to a larger role and bigger health system came because of a conversation I had with a job recruiter four years earlier.  Networking has led to many blessings throughout my career and helped me stand out against strong competition.

Parents cannot save their children with just affirmations and ‘good words’.  They also cannot bulldoze their children’s obstacles. That is their burden to carry. Parents can give them the tools needed to help them deal with both successes and failures by not doing the hard things for them, but empowering them to do challenging things through their own agency.

Please do not wait until there is a problem with the process to connect with someone. The power of mentorship matters. I am currently mentoring medical students and residents virtually. I have a few college students I am mentoring in person, and I regularly speak at high school career days. Parents, heed to this PSA and give your kid a better shot at success as a physician by connecting them with a mentor at the beginning of the process rather than once there are no other options.